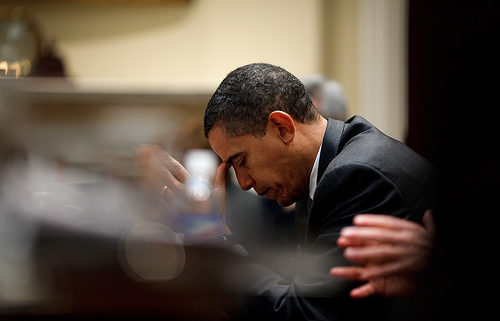 In an article in the Christian Science Monitor, it was revealed that prayer is both widespread and meaningful; something practiced by majority of people in making big life decisions.

In a Pew survey cited in the article, 9 in 10 religious Americans say they rely “a lot” on prayer while 1 in 10 with no religious affiliation turn to prayer in making decisions.

So why do majority of us pray?

First, we should understand the various types of prayer, for some may pray and not even know it.

Prayer can range from asking God for help and guidance to expressing gratitude and love for someone or something.

Indeed most of us give thanks on our national holiday Thanksgiving and random acts of kindness is an outer expression of prayer.

We see our leaders often incorporate prayer in centering and moments of meditation, whether brief or in commemoration.

CSM cites several studies whose findings show that those who pray feel “a secure attachment to God”. It is an act that is “more than human activity.” In fact, great saints referred to praying as being “fulfilled with all the fullness of God.”

9 of 10 Americans have relied upon prayer for healing at some point in their lives, either for themselves or for others. Such prayer, according to Dr. Jeff Levin of Baylor University, may be the most common religious expression outside of belief in God.

He further emphasizes that those who pray for healing are not only “the poor, uneducated, rural folks, or old people, or people who are suffering from a health crisis.” Rather, being religious determines a person’s level of prayer.

His statistical analysis was taken from a 2010 survey. He looked at which kind of religious activity, such as reading religious texts or attending mass or service, might be the biggest indication that a person prays.

Dr. Levin discovered that those with “a close connection to God, who love God and feel love by God” are the ones more likely to pray for healing.

Furthermore, “Stronger affirmation of God as a loving being and past experience of feeling this love make one more likely to tap into God’s love to make it manifest in one’s life.”

Most skeptics miss this subtext of spirituality in American life.

He states, “For active believers and people of faith, prayer, including for healing, is more a situationally motivated response to one’s own suffering; it is an ongoing expression of piety and of taking up the yoke to be of service to others by acting as a liaison or advocate between suffering individuals and God.”

For over six decades, many Americans participate in National Prayer Day, which falls on the first Thursday every May. It’s an event designated by law for Americans who pray either a lot or not at all, for something such as healing, with an affirmation, or as a mere act of participation.

Nevertheless, Americans pray as an act of contemplation, community, comradery, and – most of all – for the love of God.

What is Ashtanga Yoga?