In February of 1968, the Beatles went to India for an extended stay with Maharishi Mahesh Yogi, their new guru. It may be one of the most renowned spiritual retreats since Jesus’ fast and seclusion for 40 days and nights in the Judean desert. And while the Beatles’ exploration into Hinduism and Indian culture was far from complete renunciation, their widely documented and influential visit was one of the first popular milestones to open the gates for yoga’s entrance into the West. In his book, American Veda, Philip Goldberg chronicles India’s influence on American culture, which led to today’s commonplace practice of yoga. Yoga has come to be known as an exercise of flexibility and strength, but it has always been a diverse system of individual practice of spirituality for thirsty truth seekers in the West, for whom religion and dogma have proven insufficient. Whether or not these truth seekers truly understand the source of yoga, the ancient Indian philosophy of Vedanta and the mind-body methods of yoga have profoundly affected individuals’ worldviews, their understanding of Oneness, strikingly shifting the religious landscape. 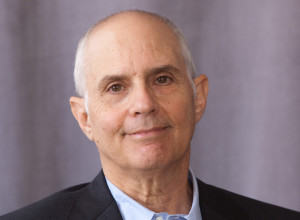 Goldberg asserts that what draws Americans to “Vedanta-Yoga” is its emphasis on spiritual experience over religious belief, a notion that resonates with the equally influential Buddhism. Goldberg traces the transmission back to Ralph Waldo Emerson, Walt Whitman, Henry David Thoreau, and other Transcendentalists, who tested the theory of enlightenment through personal experience and were concerned mainly with spirituality in this life rather than the next. These distinguished spiritual thinkers subscribed to the idea of Oneness at the core of all beings. Partly inspired by them, later generations embraced what Goldberg calls India’s “science of consciousness” and integrated the ideals into their lives.

Hinduism as commonly practiced in India never caught on among Westerners, who were less interested in ornate temples, complex mythologies, vibrant rituals, and a slew of gods and goddesses than the meditation, yoga practices and Vedantic philosophy emphasized by the gurus who came here. The Transcendentalist era paved the way for those guru, a process that culminated in the 1960s and 70s, when free spirits opened themselves up to LSD and other psychedelics to realize a fully awakened mind, only to then search for safer, natural methods. Vedanta and yoga promise permanent transformation and liberation.

Charismatic teachers from India swarmed West in waves. The first was Swami Vivekananda in the 1890s. Paramhansa Yogananda arrived in 1920, setting the stage for the guru invasion of the sixties.  Those teachers, along with numerous books, prompted influential intellectuals, artists, and scientists – e.g., Aldous Huxley, Joseph Campbell, Allen Ginsberg,  JD Salinger, and Richard Alpert (aka Ram Dass) – to adapt and propagate what they learned from India. Movements of the time began to change the way people saw themselves and their place in the universe.

By the late 70s, however, sex and money scandals caused disillusioned American practitioners to ask important questions about the role of gurus. Goldberg documents that this led to a maturation of spiritual understanding; practitioners recognized their overly romantic relationship with Vedanta-Yoga and a more reasonable, less guru-centered and more mature attitude evolved . Other truth seekers, weary of teachers in general, took a more personal view of spiritual growth, relying on their inner guru to guide them.

Teachers such as Deepak Chopra and Eckhart Tolle, who do not function in the traditional guru role, became more prominent.

Goldberg paints moving pictures of this remarkable journey of yoga from East-to-West, showing how it has moved from counterculture into studios, community centers, hospitals, schools, and living rooms. Physicians and therapists today prescribe yoga and meditation, and terms like karma, ,mantra, karma and  chakras are part of our everyday vocabulary. Yoga today is a $6-billion-a-year industry and everyone from Oprah Winfrey to Dr. Oz tout yoga and meditation. Goldberg shows how Vedic wisdom and Hinduism transformed and adapted, reaching us through the arts, science, healthcare, and self-improvement, becoming repackaged to the point that many people don’t realize its foundation in Indian religion. The guru invasion may have slowed down, but the teachings of the ancient seers still resonate with seekers all over the world.

We will regularly spotlight some of these key players in yoga’s movement to the West.